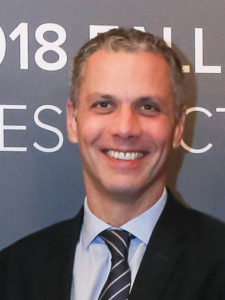 The Public Relations Global Network (PRGN) announced the appointment of Gábor Jelinek as its inaugural Executive Director at its fall meeting held in Bucharest, Romania in late October, and recognized its member agencies with awards for the best communications campaigns in the past year. As PRGN’s new Executive Director, Jelinek will oversee all aspects of the organization, ensuring that strategic objectives are effectively met while developing new sales initiatives, enhancing partnerships and creating fresh marketing opportunities for PRGN’s participating firms, staff and clients.

“The network is pleased to welcome Gábor Jelinek to the team,” said C.L. Conroy, current president of PRGN and CEO of Miami-based agency The Conroy Martinez Group. “We are confident that with the addition of the Executive Director, PRGN will meet its strategic growth goals and push our organization to new heights.”

With nearly 15 years of agency management experience following a decade in journalism, Jelinek brings extensive knowledge in management and international relations, along with an in-depth understanding of communications disciplines and practices. Jelinek spent 10 years as a partner at Hungary-based, PRGN-affiliate partner, Goodwill Communications, where he managed the business communications portfolio of clients in multiple industries. Prior to joining Goodwill Communications, Jelinek served as Client Service Director at Weber Shandwick in Hungary, as well as Editor-in-Chief of The Budapest Business Journal.

Agencies recognized for best practices and given international awards for efforts 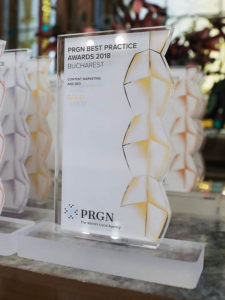 Also, at its fall meeting, PRGN recognized its member agencies’ best public relations campaigns that were carried out in the past 12 months. This year, a record number of 29-member agencies participated in the network’s annual International Best Practice Awards program, with 106 entries submitted, of which the best of the bests earned awards, as voted upon by agency leadership.

“Each year we recognize the best performing campaigns that our agencies accomplish for their clients in the previous 12 months,” said PRGN president C.L. Conroy. “There is always great excitement along with some surprises. This year we were pleased to see a record number of agencies participating in the contest, further increasing its weight and depth in the international public relations scene. I congratulate all of our agencies for their outstanding work and express my appreciation to our clients who place their trust and reputation in our member agencies. These award-winning projects and case studies show the breadth of professional knowledge of our members and the high level of service they carry out for clients across the globe.”

Overall, the most recognized agencies in the 2018 contest were HWB Communications of South Africa and Landis Communications, Inc. (LCI) of San Francisco, California, which both received two golden, two silver and one bronze awards. They were followed by Spider PR of London, UK with two golden, one silver and two bronze awards. The highest number of golden awards were collected by L.C. Williams & Associates of Chicago, Illinois, which earned three golden awards in Bucharest as well as a bronze.

Founded in 1990 by a group of visionary public relations leaders, with more than $101 million in revenues and approximately 1,000 professionals in 50 locations, PRGN is one of the world’s largest international public relations networks. PRGN partners are independent, local, owner-operated public relations and marketing communications firms that share expertise and resources, while providing broad-based comprehensive communications strategies to clients worldwide. Companies or organizations interested in the services of PRGN’s local agency network can visit www.prgn.com for more information.

Independent agencies interested in joining the network can visit the member recruitment section of the PRGN website for more information or email its membership chair, Lynn Erasmus, general manager, HWB Communications at info@hwb.co.za.

Clients across six continents depend on the combined resources of the Public Relations Global Network (PRGN) to deliver targeted public relations campaigns in markets around the world. With revenues of more than $101 million (US), PRGN is one of the world’s largest international public relations networks. PRGN harnesses the resources of 50 independent public relations firms and more than 1,000 communications professionals to connect international companies and organizations with individual and culturally diverse markets globally. Visit PRGN online at prgn.com or on Twitter at @PRGN.