Incoming PRGN President Uwe Schmidt, head of PRGN partner Industrie-Contact (IC) from Hamburg, Germany, is pushing this approach. “It’s time to start the next rocket stage,” he said. “Our network has grown from less than 20 to almost 50 agencies on all continents within the last 10 years. Whoever is interested to partner with one of the biggest independent PR networks in the world can contact us. Our doors are wide open.”

David Landis, founder of Landis Communications Inc. in San Francisco, USA and current PRGN president, weighs in: “Today, PRGN covers a majority of the biggest GDP markets in the world. We are still looking for strong PR partners in places like China, Turkey, Indonesia and elsewhere. But the bigger point behind this idea is to meet the modern clients’ needs as they have told us they want strong partners and don’t want to be limited to just one field of marketing or consultancy.”

Though PRGN does not want to merge with other networks or entities, defining meaningful relationships will be a positive initial step toward an even brighter future for all parties. For instance, Industrie-Contact developed a partnership last year with one of Germany’s leading trade fair constructors, Preuss Messe. A member of the global network OSPI, Preuss Messe is comprised of 155 fair constructors in 55 countries that provide booth construction support for tradeshows worldwide.

These sorts of partnerships are invaluable: Preuss Messe’s customers sometimes focus too heavily on sales activities at tradeshows and forget about the communications needs for their key media. Therefore, this void can be filled by Industrie-Contact’s PR capabilities. Likewise, IC can provide booth construction assistance to its own clients through Preuss Messe.

“I’m convinced that Preuss Messe and OSPI can benefit greatly from partnering with us and vice-versa,” Schmidt said. “This a good example of how we’re moving forward with our ‘networking networks’ strategy. Common clients can benefit from our aggregated know-how and beneficial costs.” 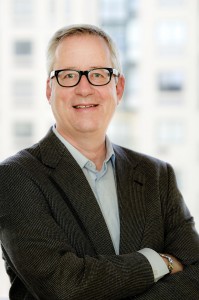